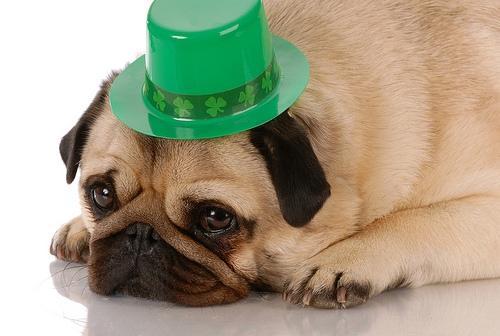 Will my child benefit from early orthodontic treatment? What role do elastics (rubber bands) play in orthodontics?

On March 17, everyone has a little Irish in them. St. Patrick’s Day is a joyous celebration of Irish heritage. The holiday originated as a commemoration of Saint Patrick, who brought Christianity to Ireland. The saint arrived in Ireland in 432 and earned the reputation of a champion of Irish Christianity. March 17th, the day of St. Patrick’s death, has been commemorated by the Irish for over 1,000 years. St. Patrick’s Day is still observed as a religious feast day by several Christian denominations, but it is better known in the public imagination as a rich celebration of Irish culture.

St. Patrick’s Day has been an official public holiday in Ireland since 1903. Each year, the Irish celebrate with a several-day festival that includes theater performances, music, fireworks, and festive parades. The celebration is also a public holiday in Northern Ireland, Montserrat, and Newfoundland and Labrador. In other parts of the world with heavy Irish populations, it is an unofficial celebration of Irish heritage. Parts of Great Britain, Canada, Argentina, South Korea, Switzerland, New Zealand, the United States, and Australia commemorate the holiday each year. Typical celebrations in these countries include drinking green beer, wearing green, eating traditional Irish foods, parades, and shamrock decorations.

Many people, Irish and non-Irish alike, take part in the “wearing of the green” on St. Patrick’s Day. In fact, the color originally associated with Saint Patrick was blue. His use of shamrocks to explain the Holy Trinity to the Irish made the green clover emblematic of the holiday, leading to the traditional green attire worn by thousands on St. Patrick’s Day. Other little-known facts about St. Patrick’s Day include the following:

No matter your cultural heritage, St. Patrick’s Day is a great time to let loose and celebrate your inner Irish-ness! Don your greenest attire and exclaim “Erin go Bragh!” (Ireland forever!) to everyone you meet. From Dr. Crawford - have a great St. Paddy’s day!